A new stylistic trend is taking over Asia, and has even been responsible for at least two deaths. Teens in Thailand, Indonesia and China are buying fake braces, and applying them without the aid of a trained orthodontist. Many Americans may find fake braces to be an odd choice of style. We normally associate braces with uncool and awkwardness, along with unpleasant memories of the traditional “metal mouth.” But in Asia, braces have become a unique status symbol. With real braces fetching high prices in Asian countries, many teens are opting for the DIY method of finding fake braces and applying them unprofessionally.

Costing nearly $100, these fake braces can be found in many Asian salons, and have become a popular fashion accessory. For even less money, many malls in Asian countries offer fake braces for a fraction of the price, and twice the risk as salon fitted fakes. A wide variety of fake braces can be found in any color imaginable. Teens enjoy mixing colors between brackets, treating their mouths like a piece of clothing. They can even get braces themed with popular icons like Hello Kitty and Mickey Mouse. 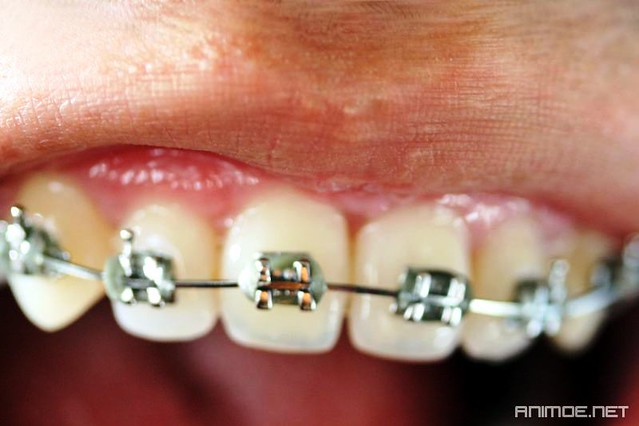 Many problems have arisen due to the fake braces trend. The use of braces without a trained orthodontist is extremely dangerous, and can produce external damage to the teeth and mouth. The wires and brackets used in these fake braces are another issue of concern. Complaints about wires containing lead and other dangerous chemicals have been reported, as well as faulty brackets causing sores inside the mouth. Fashion braces are intended to last less than five months, so these problems will only get worse if worn for long periods of time. Even more troubling, fake braces have resulted in at least two deaths. One teenager contracted a thyroid infection from the counterfeit metal mouth, and later died of a heart failure.

But it appears the fad might be coming to an end. In Thailand, the production and sale of fake braces brings a six month jail sentence, aiming to stop the problem before kids can get their hands on the shoddy wires and brackets. The lesson: if you want to look like you have braces, visit an orthodontist and get them fitted appropriately. Kind of makes you think about how braces are taken for granted when people have literally died to have them.

Of course, for those of us who are less enthusiastic about sporting a metal mouth, there are a wide variety of other options, like invisible braces. For more information about tooth alignment, braces, or to locate a Las Vegas orthodontist, contact BDG at (702) 388-8888.

Calculate your monthly payments for metal braces or invisalign.